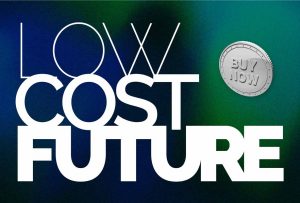 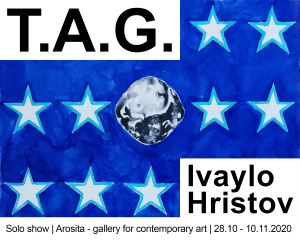 Ivaylo Hristov opens his 9th solo show Touch-American-Ground – an exhibition for the travelling and stay at the same time in spaces extremely distant one from another – the Earth and the Outer Space.
It is about the space mission artistically reproduced by Ivaylo and his recent creative travelling to the other side of the planet.

The exhibition presents Ivaylo’s artistic works in the USA intermixed with scientific research on the origin of the precious metals, neutron stars and gravitational waves, near and far spaces and the future that happens to us now and everything of these is presented in the light of and in contrast to the extraordinary 2020.

This exhibition provokes interest by a wordplay embedded in its name borrowed from the culmination phase TAG (Touch-And-Go) of the 7-year NASA Mission to Bennu asteroid. It transfers its cosmic narrative to the current impossibility of realizing physical contact between people due to the global pandemic.

Ivaylo creates his artworks in the context of historical events and contemporary cosmic research especially such related to his place of residing – Santa Cruz, California in the autumn of 2019 as a participant in the CEC ArtsLink, NY residency programme.

There he created a new series of drawing and lighting objects dedicated to cosmic topics, human development and the new scientific achievements.

Ivaylo Hristov is consistent in his aspirations. “I love working on new artistic challenges”, he said.

Step by step: In 2016 Ivaylo won the award FutureFest Art Prize 2016: FutureWork in London for one of his lighting tools of the Lighting Tools series, with a concept for archaeology of the future.
He sent the same work to NASA for #WeTheExplorers in preparation of the current mission OSIRIS-REx to Bennu asteroid, adding as well other two very representative of his artworks – a self-portrait with red glow which won him the special award of the Union of Bulgarian Artists in the 3rd National Biennial of Drawing (2015) and one illuminated living object (a Yukka plant in RGB), that was presented on exhibitions in Varna and Mexico.
To celebrate the start of the mission, in 2018 he launches his project LIGHTFLIGHT (UniCredit Studio) with a series of illuminated objects, paintings and carbonaceous cosmic drawings and after that he made another important step as an artist by his participation in the selection of ArtsLink 2019.
During his residence in the USA and based on his work in the University of Santa Cruz and Open Lab, Digital Art Research Center, UCSC, he opens the exhibition „Searching for gold high and low“ – Open Studio. He refers to the California Gold Rush at the middle of the 19-th century (the largest mass migration in American history until then) and to the rapid development of the cosmic research by the technological centres in California nowadays.

As a guest artist, he presented his artworks in Thimann Lecture Hall, to the Division of Physical & Biological Sciences at the University.

One of his works created in California was presented immediately after that on an exhibition in New York. Other works he brought back to Bulgaria.

The T.A.G. exhibition tells us about the travels of Ivaylo near and far, about the asteroid and the stars. We will see his new series of drawings, lighting objects and painting, as well as a video that was shown during his stay in the USA. All of these are supported with references to the human way and future. 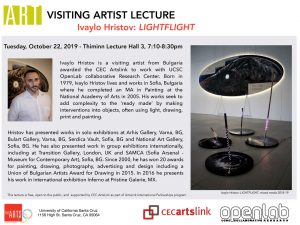 Searching for gold high and low. 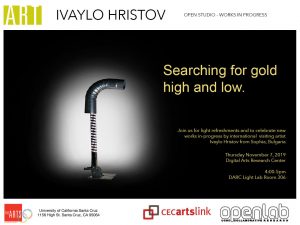 THE CURE OF FOLLY

The Cure of Folly – International Project. 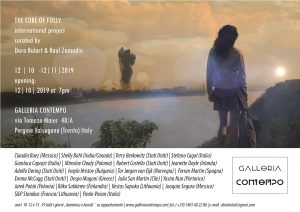